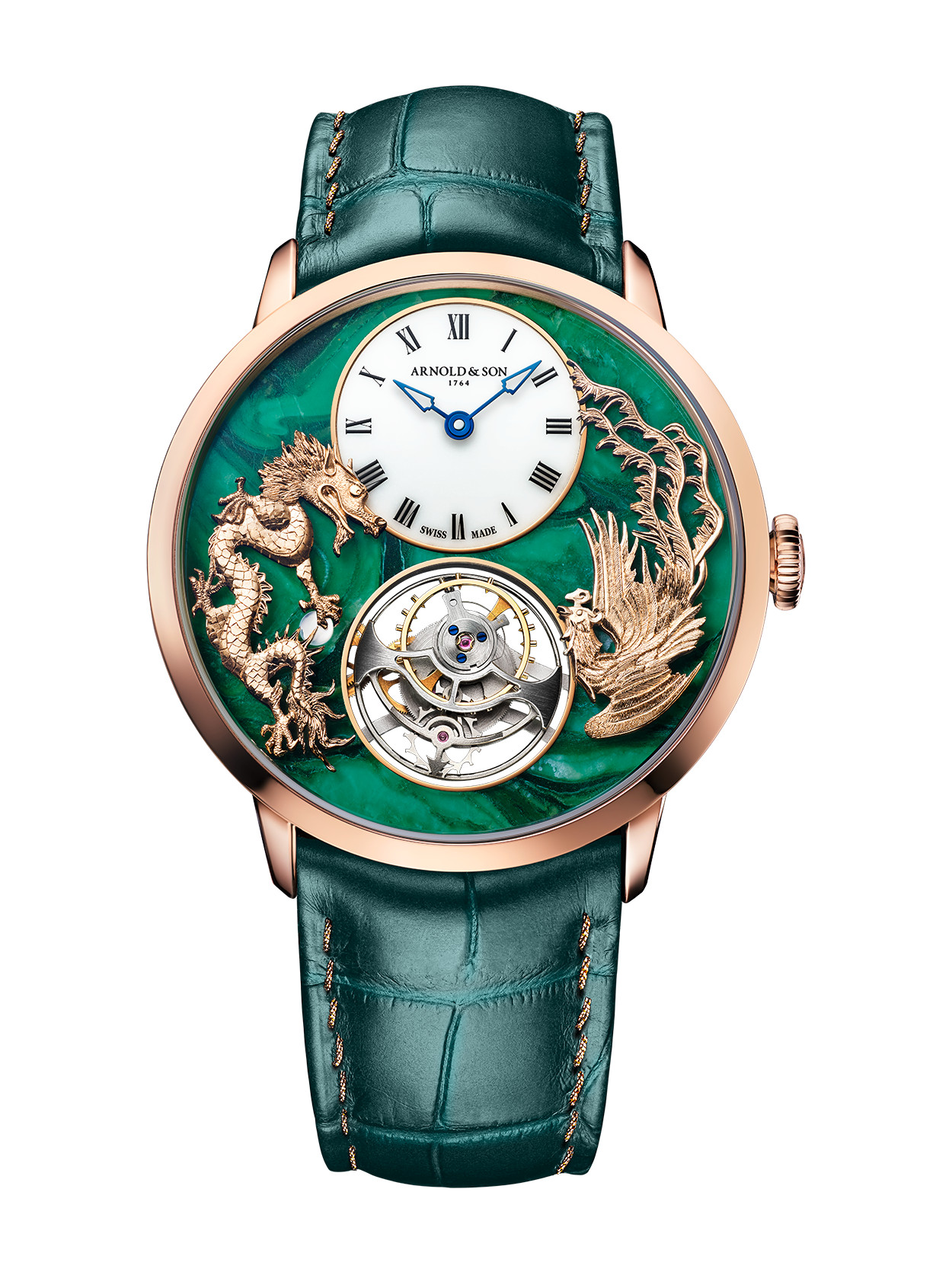 Beneath the rare stone dial lies the A&S8200 calibre. Measuring 2.97 mm thick, it is one of the thinnest to be regulated by a tourbillon. Like all the movements used by Arnold & Son, the A&S8200 calibre was entirely developed, produced, decorated, assembled, adjusted and cased up within the walls of the brand's manufacture in La Chaux-de-Fonds. This calibre is based on a large barrel with an oscillation frequency of 3 Hz, giving a 90-hour power reserve that is extremely rare for a tourbillon, especially given its thinness. The structure is refined further still by the skeletonised tourbillon bridge and hand engraving on the rear tourbillon bridge. As the light passes through the Ultrathin Tourbillon Dragon & Phoenix, it illuminates the mythological scene and brings the mechanical lacework into the mineral landscape. 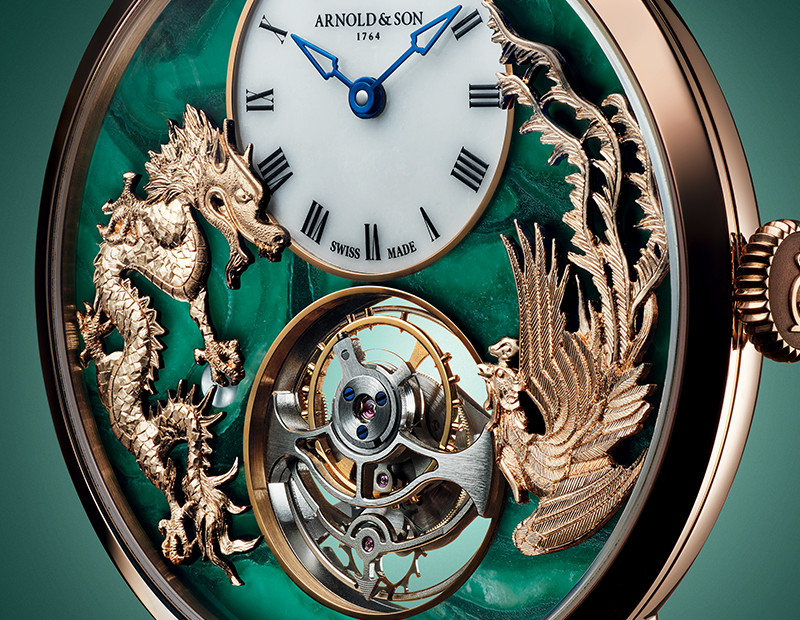