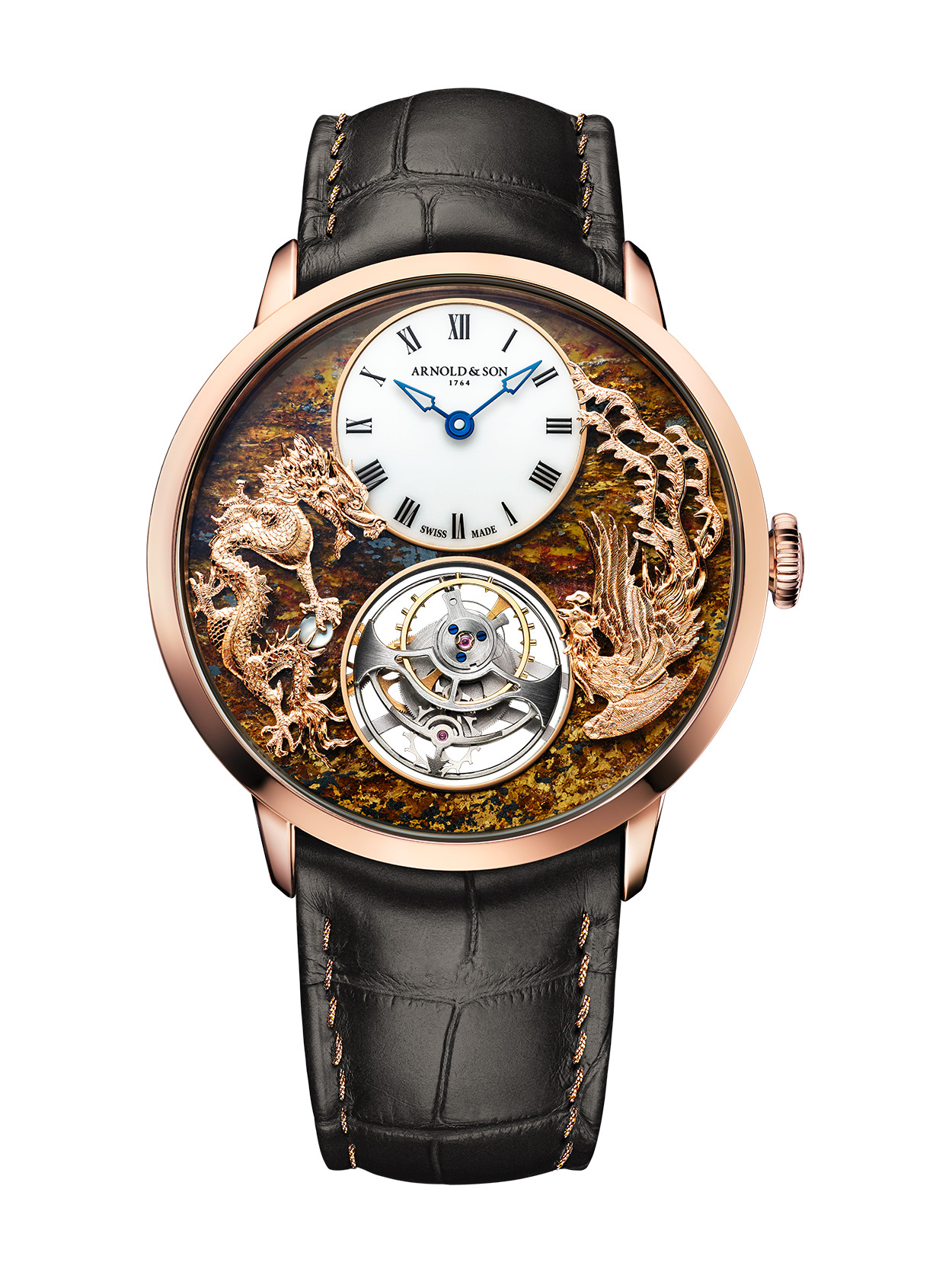 The Stone behind the Legend

By merging mineral with myth, Arnold & Son is adding a new dimension to its thinnest tourbillon. The five versions of the Ultrathin Tourbillon Dragon & Phoenix, each released as an edition of five pieces, feature dials made from rarely used varieties of hardstone. Their structure, colour and richness serve as a backdrop for the two legendary creatures as they dance around their prized pearl.

Off-centred dials can be found on several models from the Arnold & Son collections. This arrangement is both the historical heritage of the marine chronometers created by John Arnold in the 18th century and a consequence of the mechanical structure of Arnold & Son’s manufacture calibres. A fortunate consequence of this arrangement is that it naturally lends itself to artistic expression. Arnold & Son has produced a series of 25 pieces, based on its Ultrathin Tourbillon model, that pair figures from Chinese mythology with the best Swiss expertise. 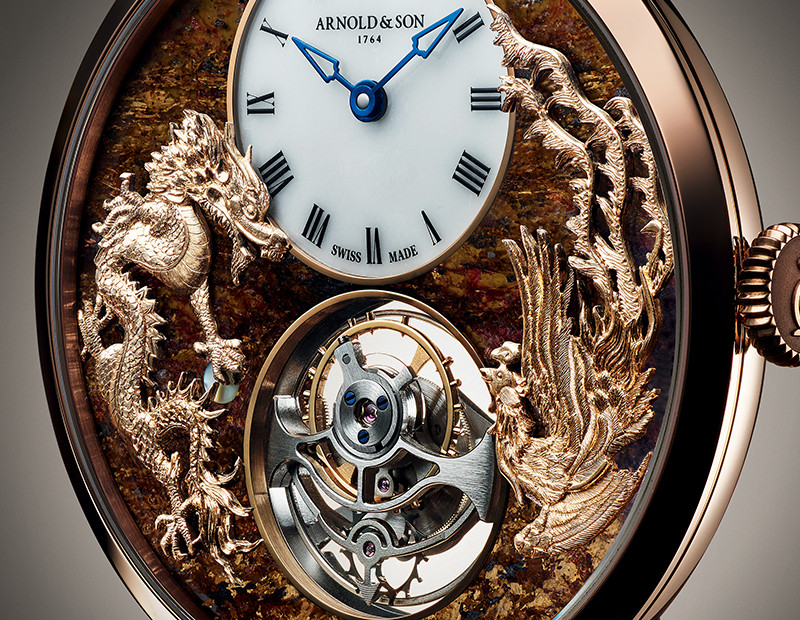 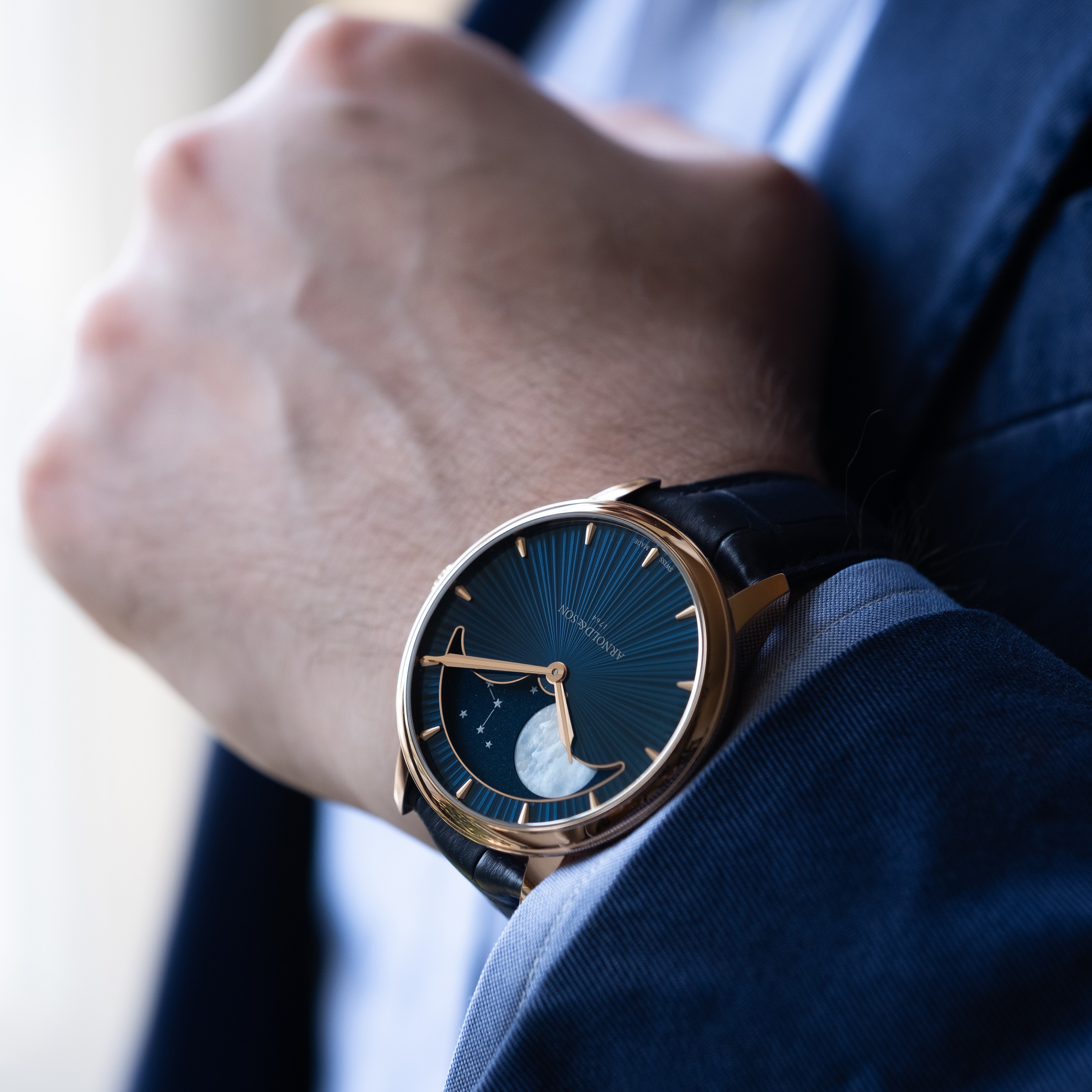