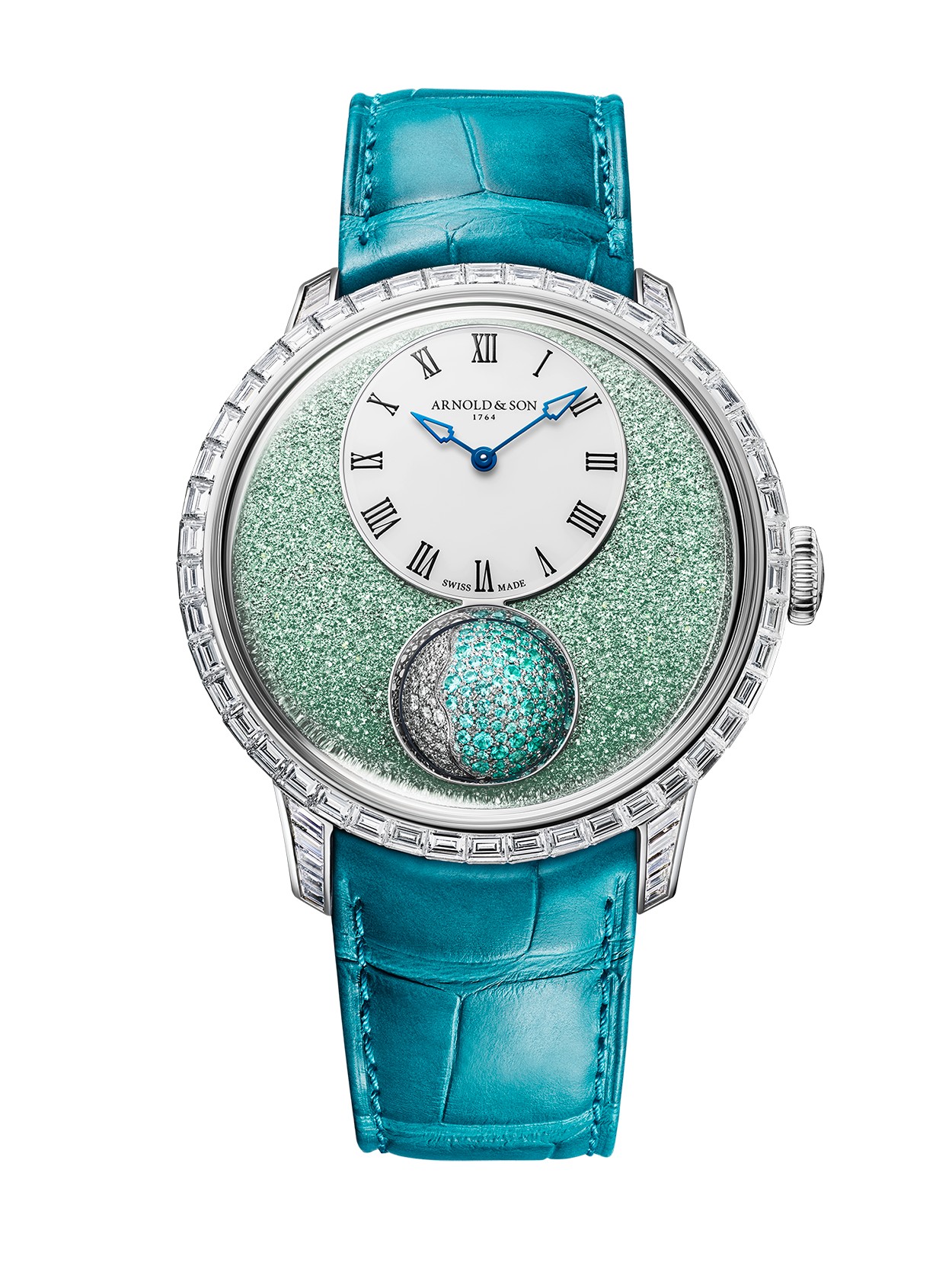 A fine, atoll-like ring surrounds Luna Magna Ultimate II. It is formed of 112 baguette-cut diamonds totalling 5.90 ct. They overhang the flat surface of the bezel, appearing as if simply placed upon it, floating over its edge, allowing the pass through them like an open prism. This is known as an “invisible” setting, generating unique sparkle. The rarity of its material makes the dial just as exceptional. Its glittering appearance is due to millions of pure ruthenium crystals. This extremely hard metal is found in platinum mines, as they are found in the same ore. However, ruthenium is much rarer than platinum. For Luna Magna Ultimate II, the ruthenium was reformed into crystals and dyed using complex processes, before being deposited onto a dial plate. The result, now found regularly on Arnold & Son’s timepieces, is unique in the watchmaking world. 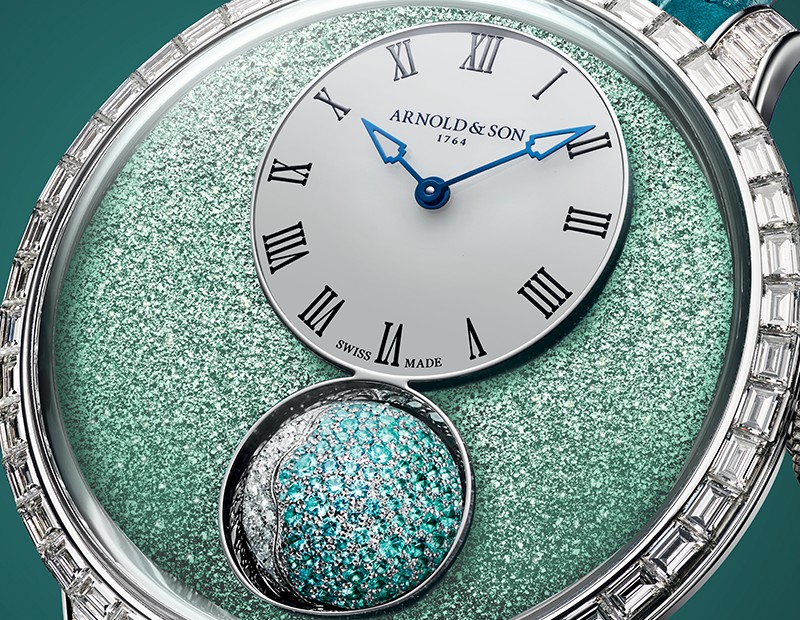