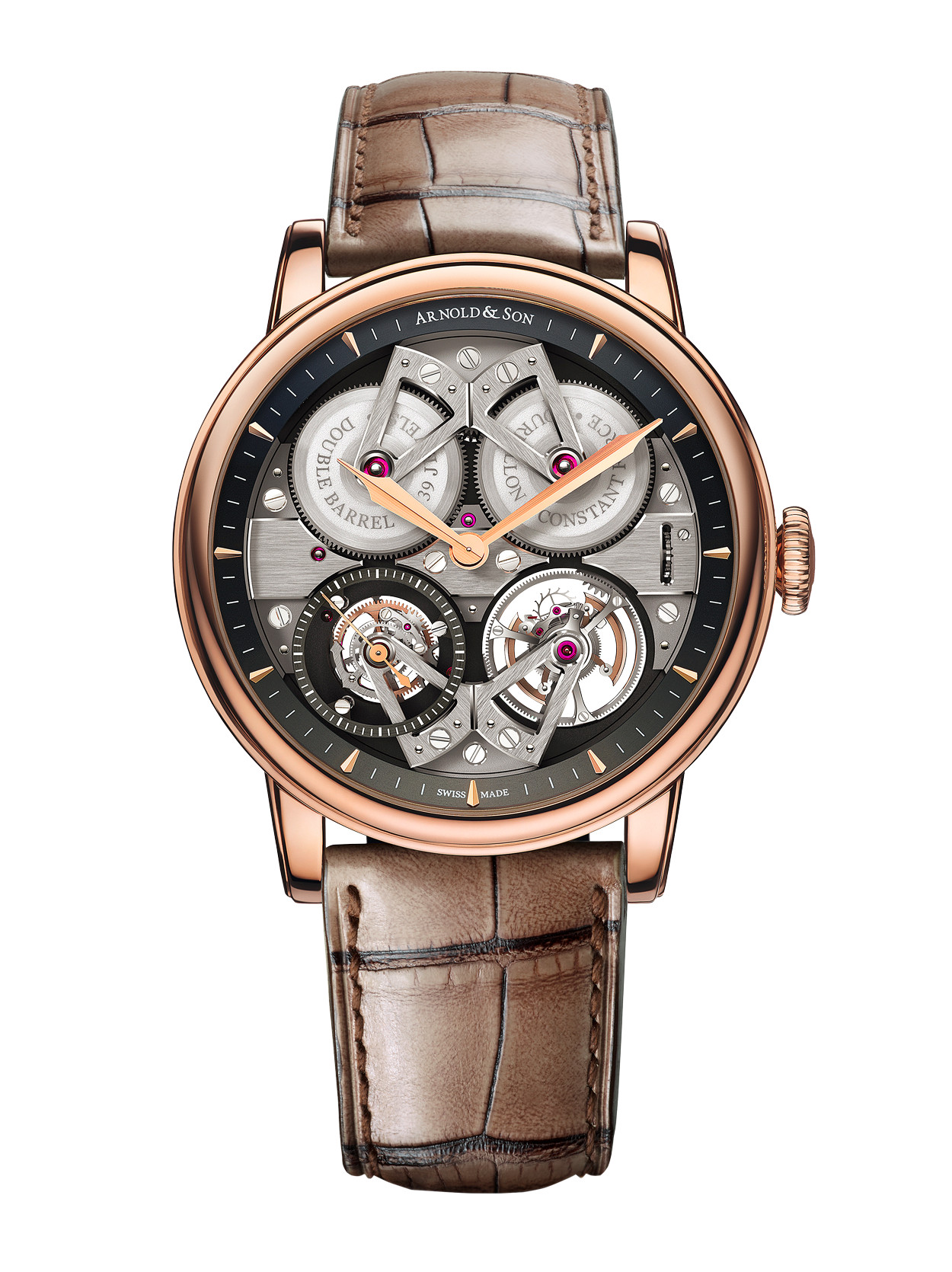 A constant force involves inserting an energy-storage sub-system into the gear train just before the escapement. Supplied at regular intervals, this secondary reservoir produces extremely regular torque as it is released in consistent, small doses. It therefore differs from the barrels’ energy flow, which is delivered over a long period of time and naturally fluctuates. The balance spring thus receives an invariable source of energy, hence the name Constant Force.

The true-beat seconds is a consequence of this mechanism. As the constant force system is reloaded 60 times per minute, it is possible to display a second that jumps forward from marker to marker by simply attaching a hand to the winding wheel. Despite being a common feature of quartz watches, it remains a rare feat in mechanical timepieces. 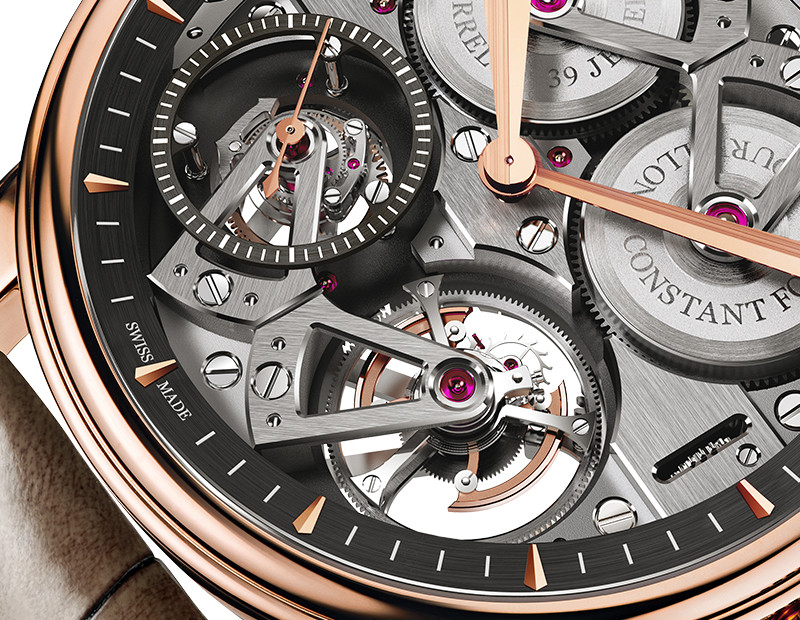