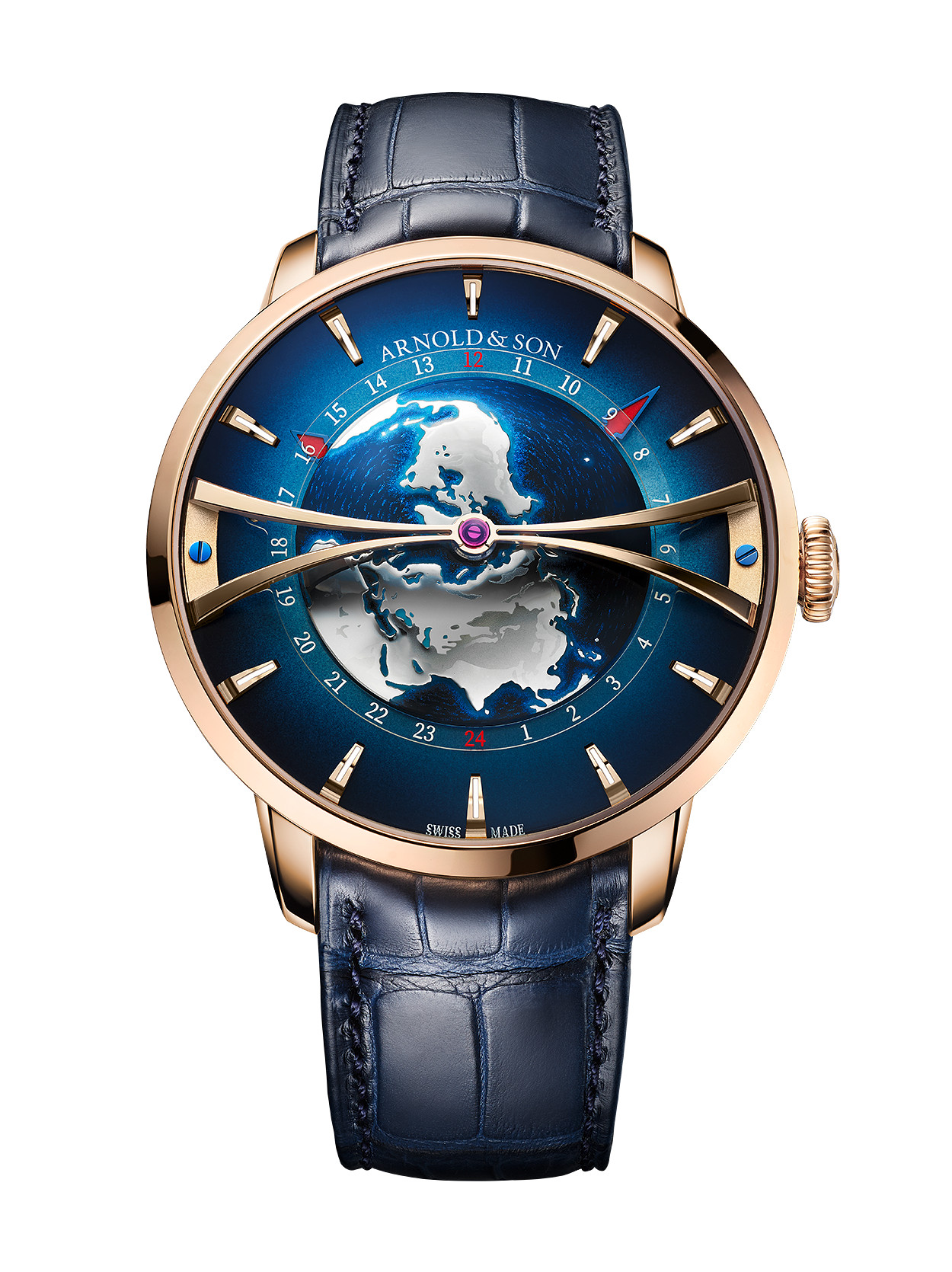 A World of Gold and Light

Like a finely-crafted atlas, the Globetrotter Goldrepresents our Planet. The lands seen on the surface are sculpted to precision and together with the deep, hand-painted seas, they serve as a backdrop to the world time dual time zone display. Overhanging these is an infinite arch which fixes their rotation. In shades of blue, Arnold & Son pays a chromatic tribute to John Arnold's marine chronometers, which were embarked on English naval ships in the 18th century.

The Globetrotter Gold measures 45 mm in diameter. In its centre, the dome depicting the Northern Hemisphere is held from side to side by an immense openworked bridge carved in red gold. This arch is the visual signature of the Globetrotter, and houses in its centre a functional ruby holding the axis of universal time. 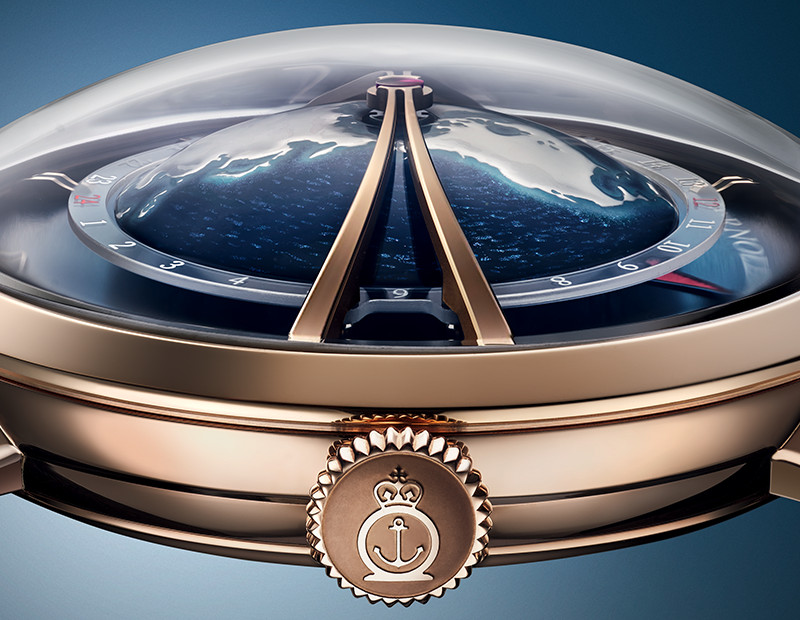