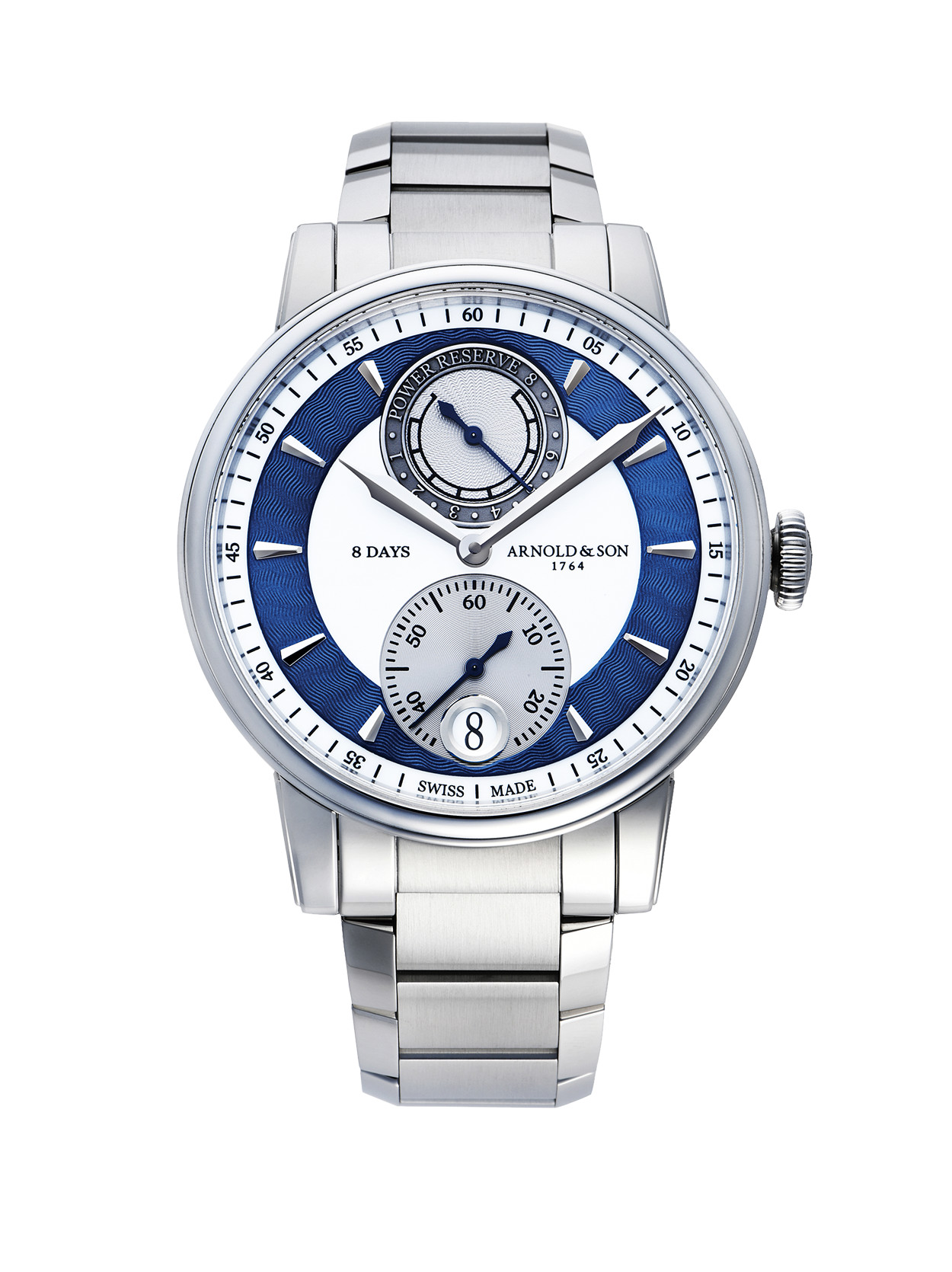 The Eight-Day Royal Navy is equipped with a highly efficient twin barrel to store the lengthy power reserve, which is displayed on the dial at 12 o’clock, along with a date indication and a small seconds display at 6 o’clock. The latter feature echoes those on the marine chronometers made back in British watchmaking’s 18th century heyday, when timepieces played a crucial role in nautical navigation and Arnold & Son were the suppliers of choice to the British Royal Navy. 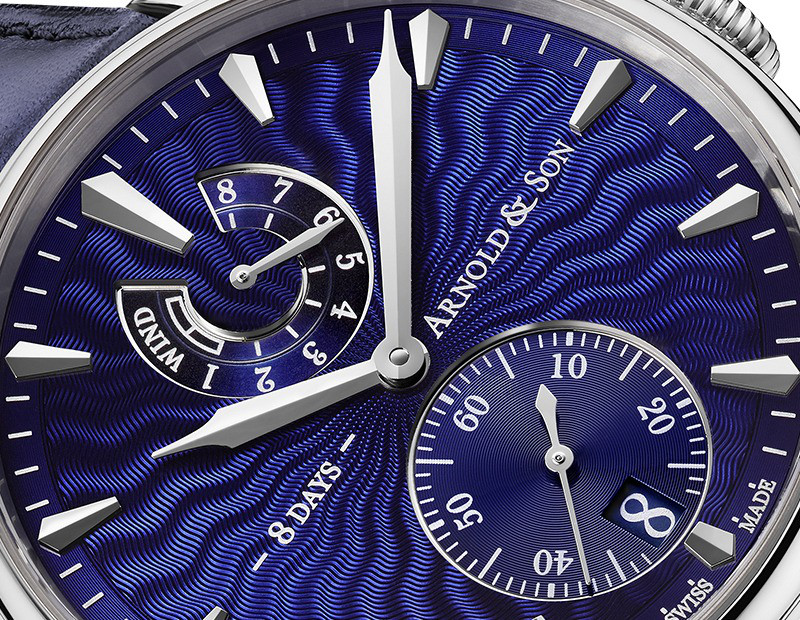 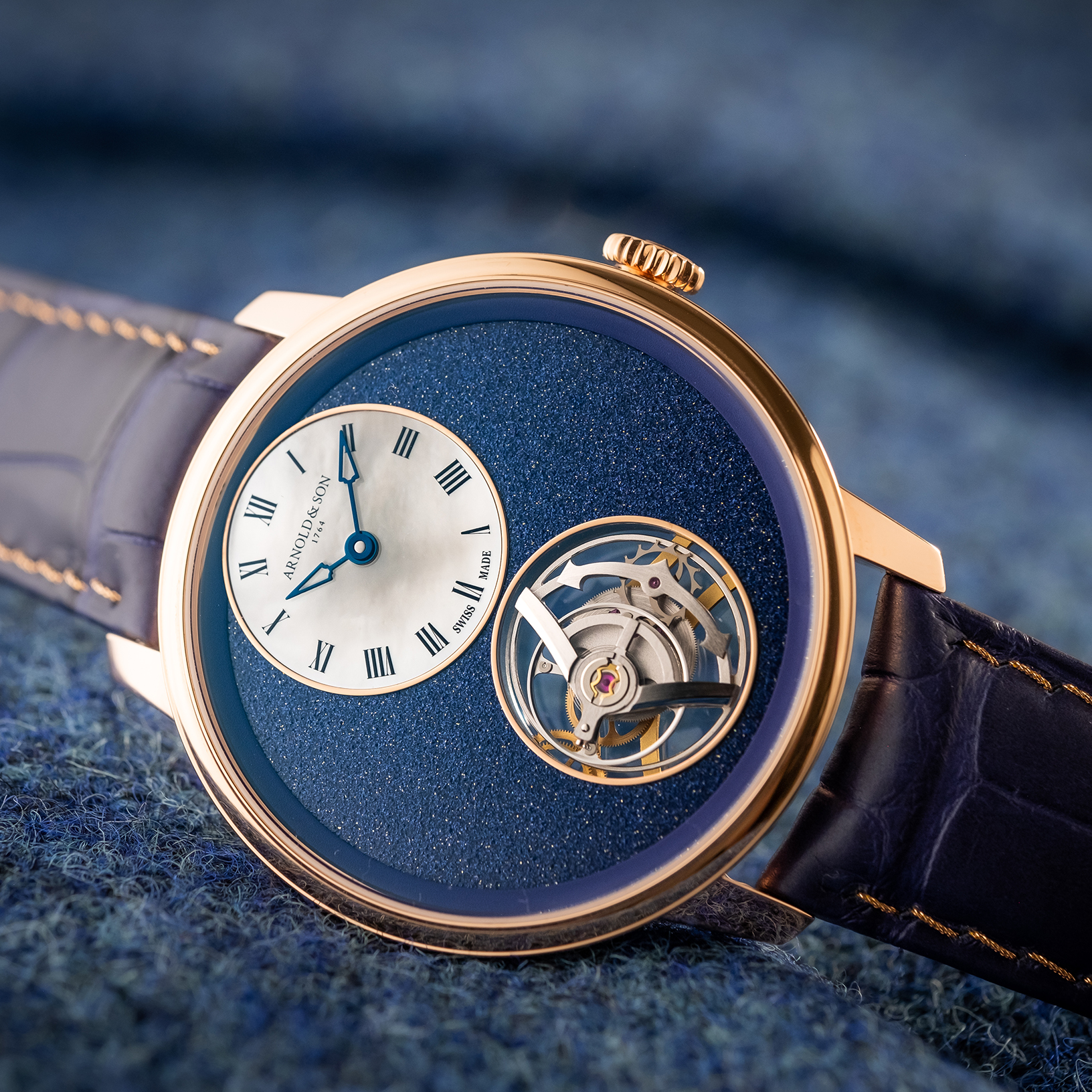 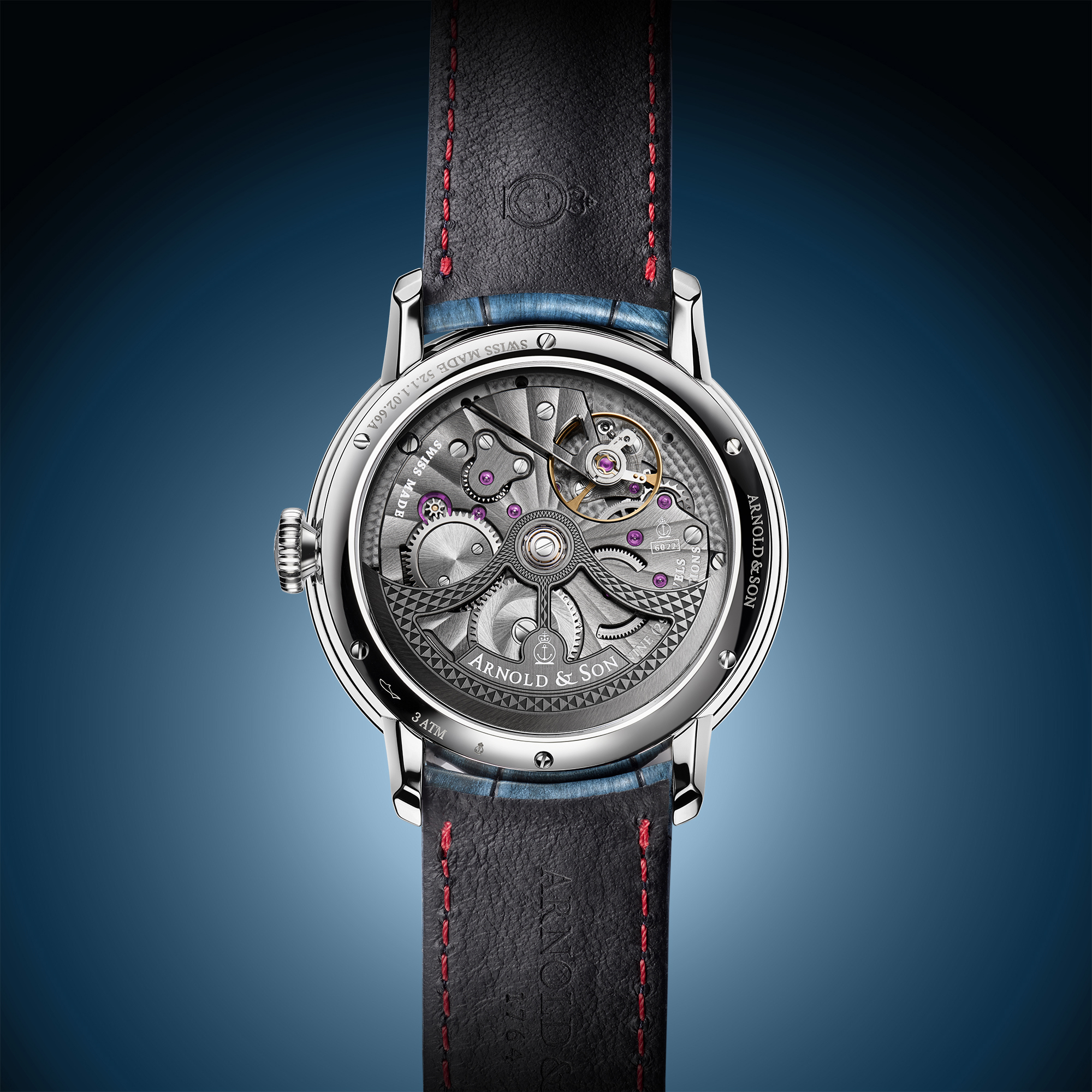